By Owen Leonard from the Age 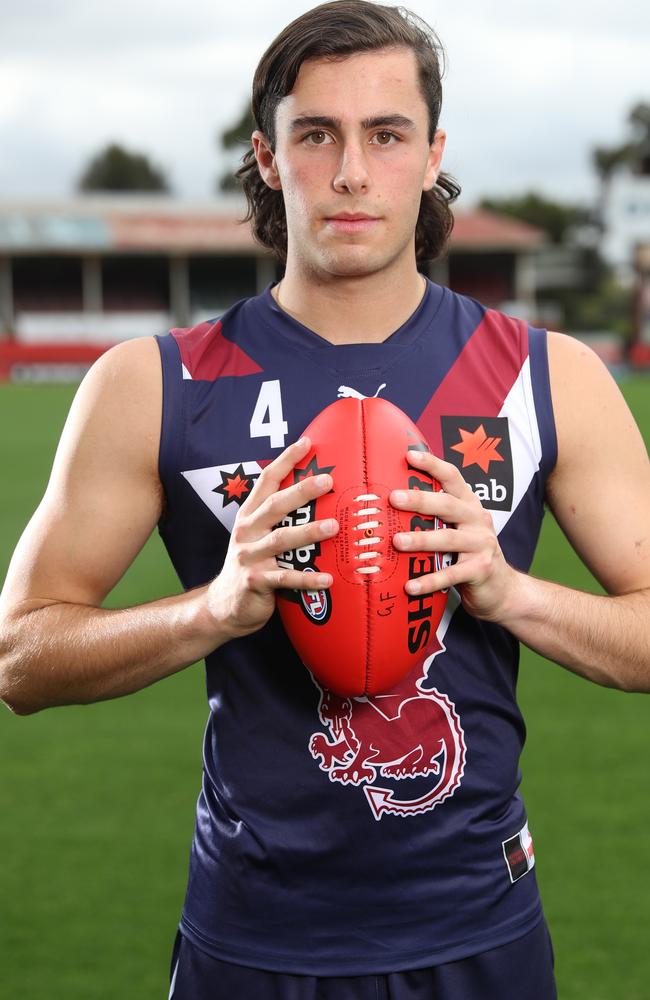 First-round draft hopeful Josh Sinn could prove a bargain pick if his interrupted season means he slides down the selection order, according to Sandringham Dragons coach Jackson Kornberg.

Sinn was widely viewed as a top-five prospect before the season started, but a series of injuries – coupled with multiple lockdowns in Victoria – prevented the fleet-footed talent from hitting his best form.

“If he were to slide a little bit because of the nature of the year, absolutely a club would be getting a bit of a steal,” Kornberg said. “On talent, I certainly believe he’s in the conversation of the guys who are being spoken about at the top end of the draft.”

Sinn, who has played at half-back, half-forward and in the midfield for the Dragons, strained his hamstring while training with the AFL’s academy squad in April. He made his NAB League return in late June, but landed awkwardly on his foot while playing in a representative match for Vic Metro only two weeks later.

“He was just priming into his game, and then he got injured again,” Kornberg said. “I still think ‘Joshy,’ at his best, he’s a very talented kid. He hasn’t shown that to the full extent this year, but he didn’t get a full run at it.”

The mid-season rise of teammate Finn Callaghan may have also compounded matters given he came to prominence while Sinn was sidelined. Callaghan amassed more than 30 touches for the Dragons in each of the two contests that followed Sinn’s hamstring strain, thereby overtaking Sinn as the most hyped player in Sandringham’s squad.

“Finn really jumped up, and Joshy wasn’t playing. Then when Joshy came back, it wasn’t his best footy from a form point of view – he showed spurts of what he can do – but he didn’t have the complete game that Finn did,” Kornberg explained.

Despite Sinn’s setbacks, Kornberg believes he is still primed for success at AFL level due to his mature mentality.

“You get some kids who sort of just coast through, and then you get kids like Josh Sinn who are constantly wanting to do extras, constantly wanting to go through vision. Physically, he’s a pretty special player but mentally, and mindset-wise, he really ticks that box as well. You don’t get a lot of players like that.”

The biggest question about the 18-year-old might yet be where he plays his best football. He has utilised his speed to particular effect out of the back line, but the Dragons would have almost certainly trialled him on the wing if the season was not forced to an early end because of lockdown.

“Certainly the plan was to put him on the wing because of his running ability, his athleticism and his marking ability,” Kornberg said. “He plays a lot taller than what he is – he’s got quite long arms – and he’s got a good vertical jump. Unfortunately, we didn’t get to see him play there.”